Most (if not all) of our clients enter into an independent contractor relationship at some point in their existence. The reasons vary: start-ups do not know whether they will be successful in the long term and therefore do not want to commit to an employment relationship; established clients need help for a brief period or for a specific project and employment does not make sense in the circumstances; and many businesses simply opt to preserve flexibility and avoid the rigidity and cost associated with employment (for better or worse). Unfortunately, many clients unknowingly expose themselves to potential misclassification issues. We draft independent contractor agreements on a daily basis and this blog post provides important information for independent contractor relationships in Colorado.

Approximately two-thousand years ago, the Romans defined the difference between an 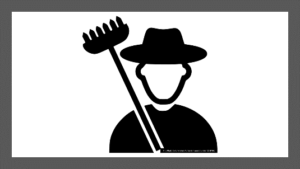 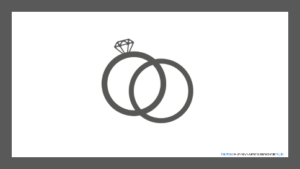 On the other hand, in the independent contractor relationship (letting and hiring of a piece of work), the owner (lessor) leased a job to a skilled person (independent contractor or lessee). For example, a person wants to propose to their partner, finds a skilled goldsmith, and pays the goldsmith to make an engagement ring (a piece of work). The person provides guidance on the type of ring, but does not supervise the goldsmith, does not provide tools, and does not pay a wage, but rather a lump sum upon completion of the ring.

To summarize, in Roman times an employee worked under the supervision of an employer, received a wage, and did not provide their own tools for the job. An independent contractor used their own tools and creative discretion to do the job and only got paid once they provided a final product.

The principles that applied millennia ago are still applicable today. However, today’s business environment is a tad more complex, and applicable regulations are constantly evolving to keep up with the dynamic landscape. The relationship between a person or business working for pay (“Worker”) and a person or business for whom the Worker renders services (“Company”) is governed by numerous agencies at the state and federal level (including the Independent Revenue Service, the Department of Labor, the Securities and Exchange Commission, the National Labor Relations Board, state unemployment insurance agencies, state workers compensation agencies, state departments of revenue, state labor departments, and employment agencies, to name a few). The law, the tests, and the analyses of this relationship differs depending on the nature of the inquiry or action and, accordingly, on the agency and jurisdiction. Therefore, the guidelines used to figure out whether Workers are employees or contractors are more complex than in Roman times. Taking the time to properly classify Workers doing work for your Company is critical for risk management. Misclassifying Workers can lead to a host of legal issues, some at the hands of the misclassified Worker and some brought by the regulatory agencies charged with protecting employees and enforcing the myriad regulations. Classification also helps Companies to identify the applicability of employment laws, proper tax withholding practices, reporting requirements to comply with, payment options available, and other general hiring practices that may mitigate your Company’s legal risk.

Under Colorado law, a Worker is presumed to be an employee, unless the parties to the relationship prove otherwise. Employers must pay federal and state payroll tax, workers compensation insurance premiums, and unemployment insurance premiums on wages paid to employees. Employees are also entitled to collect unemployment benefits under Colorado law. Independent contractors do not enjoy these benefits.

To prove an independent contractor relationship, a Company has the burden of proving that the Worker:

To create a presumption of an independent contractor relationship, the parties could enter into an agreement that contains clauses where the Company and the Worker agree to the following (and, in fact, act accordingly):

In addition to the requirements above, the independent contractor agreement must contain a disclosure, in bold or large font, that the Worker is not entitled to workers’ compensation benefits and that the Worker is obligated to pay federal and state income tax on income earned in terms of the agreement.

Finally, the Colorado Workers Compensation Act requires that all signatures on an independent contractor agreement be notarized.

In two 2014 decisions, the Colorado Supreme Court held that an evaluation of the totality of the circumstances is required to determine whether a Worker is “customarily engaged in an independent trade, occupation, profession, or business”. There is no smoking gun and no single factor properly classifies a Worker as an independent contractor.

We are noticing a trend towards increasing risk of misclassifying an employee as an independent contractor. In 2018, the California Supreme Court affirmed use of the ‘ABC test’ to determine if a person is an independent contractor. In terms of this test, a person is presumed to have “suffered or permitted to work,” and thus is “an employee,” unless the Company proves that the Worker:

The second factor of the ABC test proves fatal to many Companies’ classification of Workers as independent contractors. For example, Uber argued that their drivers are classified as independent contractors because Uber is not in the taxi business; rather, Uber is a technology company engaged in the business of developing software. If Uber said that it was in the business of providing taxi services, its drivers would almost certainly be misclassified under the ABC test. The ABC test became even more burdensome in 2019 when the Ninth Circuit found that it applies retroactively.

If you’re unsure whether your Workers are properly classified in Colorado (or Massachusetts or New York) we would be happy to assist.