This is the first post in a series where the attorneys of Jason Wiener | p.c. will share the path that led them to purpose driven legal practice. Each week, one of our team members will share their story. First up is Francisca! 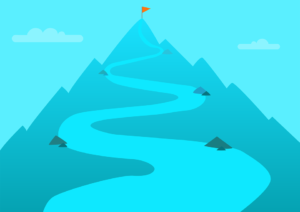 “If you feel like there’s something out there that you’re supposed to be doing, if you have a passion for it, then stop wishing and just do it.” – Wanda Sykes

“There are no wrong turnings. Only paths we had not known we were meant to walk.”
― Guy Gavriel Kay

The pragmatist in me used to think that this “just do it” mindset is a little fanciful. But, looking back on my own path, this may be good advice.

I’m an Afrikaans woman from Pretoria, South Africa. My father is a prosecutor and my mom a math professor. I grew up during a time of transition: our country transitioned from the apartheid system to a democratic government and we adopted one of the most progressive constitutions in the world; I saw law in action from a very young age. At dinnertime, the news would be blaring in the background and my dad would tell us about his interesting cases. In my mind, law was about criminal justice, constitutional law, and rebuilding a just and fair society. With these idealist views of law as an instrument for social change, I went to study a law degree at the University of Pretoria and an LLM at the University of Stellenbosch. During law school, I started tutoring and fell in love with teaching, or rather the act of sharing and hopefully transferring my passion to other students, so I decided that I wanted to become an academic. However, life had other plans and I ended up at a corporate law firm in Johannesburg. Corporate law was a foreign world of multi-national, listed corporations worried about their countless (and sometimes faceless) shareholders requiring financial growth above all else. I was intimidated but also fascinated by this efficient business behemoth fueled and chased by mammon.

Restlessness, curiosity, and a need to seek a more mission-driven job got the better of me and 4.5 years after I started my career as a lawyer in Johannesburg, I packed my bags and left for America. I was uncertain of what I wanted to do – I was not even sure that the next step would involve law in any form – but I knew some form of social impact and purpose had to be central to any job or further studies. I threw a couple of balls in the air: I considered some PhD programs and applied for a handful of MBA programs all over the country. I also petitioned to take the bar in the U.S. even though I did not have a U.S. law degree. I received approval from the Colorado Supreme Court to take the bar and, at the same time, I received a scholarship and was admitted to Colorado State University’s Global, Social, and Sustainable Enterprise MBA program. I still did not see a clear career-path, but I thought that taking the bar would make my legal skills transferable and the MBA program seemed like a good fit as it was focused on social enterprise and experiential learning through starting a social venture.

During the last semester of the MBA program, Jason Wiener was introduced as our Law and Ethics professor. Jason’s legal work and his passion for social impact through shared ownership helped me connect some dots. After graduation, I started working with Jason on a part-time basis and immediately fell in love with the impactful work and Jason’s value-driven approach to practicing law.

I learned that there is no linear path to a career in the social impact space. Wanda Sykes suggests that we should “just do it”, but what if you don’t know what “it” is? Guy Gavriel Kay softens it saying that there are no wrong turns. I “just did it” by leaving my corporate job and actively looking for “it”. And I found a path that I did not know I was meant to walk – as a social enterprise lawyer. My motivation and guiding light were a fiery need to find a meaningful intersection between my talents and passions (law and teaching), my yardstick for success (impact), and society’s needs. I don’t pretend to know exactly what society needs to be “fixed” but I do believe that we need to re-calibrate ownership and wealth to allow for a more equitable, fair, and just society. I feel incredibly fortunate to have found a firm with kindred, fearless, and passionate people working towards this goal every day.

Keep an eye on our blog the next few weeks as my team members also share their stories!